You don’t ‘want’ a designer – but maybe you need one? 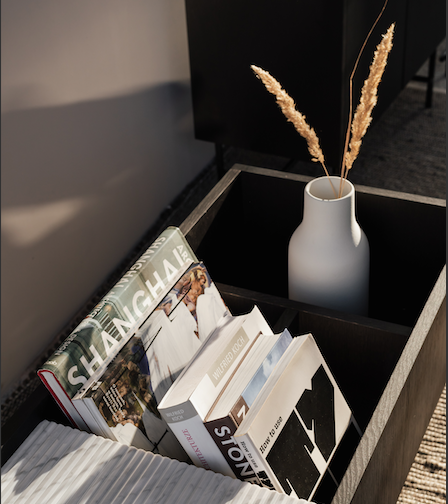 I didn’t want to write a blog about all the reasons why you should hire an interior designer because: a. if you are here that means you probably already have a good idea about the benefits of hiring one and b. there is already a multitude of articles zooming around the internet explaining all these benefits and chances are you’ve read one of them. But I do want to write one about why you needn’t feel like you shouldn’t hire a designer.

So many times I hear the sentence: ‘I don’t want an interior designer’. And I get that – no one asks for a designer as a birthday present or puts ‘working with an interior designer’ on their bucket list. But most times I hear this statement I can’t help but feel like maybe it’s for the wrong reasons. It tends to come with an undertone of misplaced pride and even embarrassment. As if admitting that you might need help is equal to admitting that you aren’t capable of doing it yourself. That you don’t have good taste or that you need someone else to make decisions for you. In reality, it means the opposite, it means that you are smart and that you have recognised all the amazing things that can happen when you do decide to take a leap of faith and work with a professional.

In the early days of being a brand-spanking-new designer, I’ve accepted all the misconception and misplaced stereotypes of what a designer is and does. It’s a battle we are on a first-name basis with while we try to show people that hiring a designer has many-many positives. Allowing a stranger into your home, into your family; giving them space to figure out your style, the things that make you feel at home and the things that make your skin crawl; looking at them for advice and trusting them with something as big as your home or business – it is a big thing, and it is something you should be proud of.

There is another way of thinking about working with a designer and in my opinion, it’s the correct one. It is far more accurate to think that

– ‘my designer is an extension of myself’

-‘my designer will guide me through the project’ or

-‘I have a designer to stop me from making rushed decisions’

One thing I always try to explain to potential clients is that working with an interior designer is no different from working with an architect, the builder, the project manager, the electrician and so on. You go through the same motions and work on developing a relationship that will hopefully be built on trust, respect and a mutual understanding of the other parties’ needs and requirements. It should never involve a sense of shame – and I’m saying this because of stories of people who would only work with someone as long as said designer would agree to stay silent while the client convinces their family and friends that all the work was done by themselves. Someone else’s opinion can put a lot of pressure on you and your choices during a renovation – one you’ve worked hard for and saved up for. But it should not become a factor in how the process will play out. If it does, that is probably a good indication that maybe you’re not quite ready to have a designer on board.

I want to give you a few examples of all the good things that can come out of a solid client-designer relationship because it really can be quite magical. You are the most important ingredient in a project

Generally speaking, interior designers tend to be gentle, kind folk. We care and we are pre-wired to want to help you. A big aspect of our job is to get to know you as much as we can, so that we can take everything you are and translate it into the design scheme. Being an interior designer isn’t about us creating our own dream spaces – it’s about creating yours.

We can see the bigger picture

Renovations are a lot. They are a lot for everyone involved and even the most patient person will lose it for a moment (sooner or later). And because there are so many decisions to make and as a client, you are emotionally attached to your own project it’s hard to not zoom in on small details that might be insignificant; it’s hard to see the bigger picture. We are there to hold your hand and keep reminding you of what you have set out to achieve so many moons ago and show you the clear path of getting there.

Sometimes we are more practical than you are

This again comes down to your emotional attachment to your project. Chances are that you have never done this before so the question of what might be the best place to position a staircase or that pure silk cushions might not be the best idea with 3 toddlers in tow, might elude you just a little bit. But designer are trained to look at spaces not only aesthetically but also practically. To make sure that the choices you make right now will still hold up in 6 years when your circumstances have changed.

All of those hours going through a gazillion websites, visiting trade shows, attending lectures and webinars, watching product launches and being part of the architecture and design community really do mean something. They mean that we have a pretty good knowledge of what’s out there, what works and what doesn’t and what products are suitable for you when others might not be. Think of us as little Yodas clued up on all things interiors.

Most importantly, your interior designer will care. And you might end up with something so much more special than it could have been – so it really is something you should embrace and consider. It’s worth a conversation and it’s worth the investment.

I’ll close this post by sharing a client testimonial I have just received a week ago because I think it beautifully sums up everything I have been trying to explain:

‘Having worked with Keyhole Interiors for over 12 months I can thoroughly recommend them. I bought a large grade 2 listed Georgian house, which had been offices for over 30 years and gained permission to convert them to a large house and 2 apartments. I interviewed 3 design companies to assist me and appointed Melinda because of her clean, contemporary but timeless style but, more than anything, her honest and thoughtful approach. I can truly say that working with Keyhole Interiors was one of the best decisions I made in the whole project. Melinda started with detailed room layouts but also designed fitted furniture and lighting. She proposed a choice of furniture and accessory options using a mixture of designer and high street suppliers. We were never over faced with too much choice but were still able to put our own stamp on things. Melinda is a very special person – totally profession and so gifted. She was always responsive, down to earth and friendly. I am very lucky to have an amazing house now, but thanks to Melinda it is far more spectacular than it ever would have been.’ Private client, Ribble Valley

IF YOU HAVE A PROJECT YOU WOULD LIKE US TO GET INVOLVED IN, WE’D LOVE TO HEAR FROM YOU! WE WORK ALL ACROSS THE NORTH WEST INCLUDING LANCASHIRE, CUMBRIA (WINDERMERE, AMBLESIDE, KENDAL, KESWICK AND SURROUNDING AREAS), RIBBLE VALLEY, CLITHEROE, MANCHESTER AND CHESHIRE.

← Design Inspiration: The Eaglemont House by Kennedy Nolan 5 Wallpaper Brands You Might Want To Know About →
We use cookies on our website to give you the most relevant experience by remembering your preferences and repeat visits. By clicking “Accept All”, you consent to the use of ALL the cookies. However, you may visit "Cookie Settings" to provide a controlled consent.
Cookie SettingsAccept All
Manage consent

This website uses cookies to improve your experience while you navigate through the website. Out of these, the cookies that are categorized as necessary are stored on your browser as they are essential for the working of basic functionalities of the website. We also use third-party cookies that help us analyze and understand how you use this website. These cookies will be stored in your browser only with your consent. You also have the option to opt-out of these cookies. But opting out of some of these cookies may affect your browsing experience.
Necessary Always Enabled
Necessary cookies are absolutely essential for the website to function properly. These cookies ensure basic functionalities and security features of the website, anonymously.
Functional
Functional cookies help to perform certain functionalities like sharing the content of the website on social media platforms, collect feedbacks, and other third-party features.
Performance
Performance cookies are used to understand and analyze the key performance indexes of the website which helps in delivering a better user experience for the visitors.
Analytics
Analytical cookies are used to understand how visitors interact with the website. These cookies help provide information on metrics the number of visitors, bounce rate, traffic source, etc.
Advertisement
Advertisement cookies are used to provide visitors with relevant ads and marketing campaigns. These cookies track visitors across websites and collect information to provide customized ads.
Others
Other uncategorized cookies are those that are being analyzed and have not been classified into a category as yet.
SAVE & ACCEPT